Summer is upon us and so marks the beginning of outdoor festival season. Among the many types of festivals, the music types are abundant and often offer the best way to enjoy being outside with friends. There are too many music festivals to list out but here are our top ten music festivals for the coming months. Which would you add to the list? Tell us in the comments!

Featuring 31 consecutive nights of brilliant live music, iTunes Festival will showcase both established and emerging artists. Each performance will be recorded and made available for download on iTunes. Tickets for the iTunes Festival are free but you have to apply for tickets! There will be about 60 artists performing, including Paul Simon, ADELE, Foo Fighters and Duran Duran.

Berlin is a city like no other; especially known for its underground music scene, its definitely a city worth visiting just for its musical influence alone. Berlin Festival takes place just days after Berlin Music Week (September 7-11), making this week one of the best times to visit this vibrant city. Berlin Festival 2011 will feature a Boy George DJ Set, The Drums, Suede, Beirut, Mogwai, Battles, Hercules and Love Affair, Deus, Santigold, A-Trak, Yelle, Diplo and many other unique acts.

Allowing for the expression of all types of music, Fête de la Musique is completely different from most music festivals. It is open to both emerging and professional musicians, and all musicians are asked to perform for free as the event itself is free to the public.

Now in its fifth year, Make Music New York is a unique festival filled to the brim with free concerts, taking place in public spaces throughout the five boroughs of New York City. All taking place on the first day of summer, June 21, MMNY takes place simultaneously with similar festivities in over 460 cities across the world. The lineup hasn’t been announced yet but it should be any day now. In past years, the lineup has ranged from hip hop to opera, Latin jazz to punk rock, all performed on the streets, sidewalks, stoops, plazas, parks and gardens of New York.

This three-day event showcases over 40 of independent music’s best bands and artists. It is one of the few music festivals that keeps ticket prices reasonably low. Among the many artists you will see Animal Collective, DJ Shadow, Toro Y Moi, TV on the Radio. Activities include a Record Fair, presented by the Chicago Independent Radio Project, Coterie handmade goods, FLATSTOCK poster show series and Rock for kids.

Whereas the Pitchfork festival focuses on independent music, Lollapalooza is a destination for music lovers all over the world. It just so happens that this year is the 20th Anniversary of the Festival and festival-goers can look forward to a full and exciting lineup. Artists include: Eminem, Foo Fighters, Coldplay, Muse, Deadmau5, Cee Lo Green, Girl Talk, Kid Cudi and so many more. As always, the festival will take place in historic Grant Park, between the iconic Chicago skyline and the shores of Lake Michigan. FYI – if you have kids 10 and under, they get in free to Lolla when accompanied by a ticket holding adult.

There’s no better city to enjoy an outdoor music festival than Montreal. The summer is when Montreal shines the most and the energy of the city is always outstanding, especially during the outdoor festivals. There are no shortage of them in Montreal and Osheaga is one stellar festival not to be missed. Last years addition with Arcade Fire performing during the fireworks was spectacular. Osheaga acts this year include The Tragically Hip, Cypress hill, Eminem, Elvis Costello & The Imposters, The Flaming Lips, Death Cab for Cutie, Kid Cudie, City & Colour, Broken Social Scene, Lupe Fiasco, Bright Eyes, Ratatat, Bran Van 3000, Crystal Castles, MSYRKRFT, The Joy Formidable, Sam Roberts Band, Jamie xx, Manchester Ochestra, Malajube and a host of other amazing bands. And don’t miss out on Osheaga in the City, which features acts outside the days of the festival. The lineup will be announced in the coming month.

The lineup is endless and Glastonbury’s following is so large that they are already sold out of tickets. If you were planning to attend, we hope you already grabbed your tickets. The festival began the day after Jimi Hendrix died in 1970 and so marked one of the best festivals. In 2011, this festival is still going strong and with so many stages, we couldn’t possibly list all the bands. Some stellar acts include U2, Coldplay, Paul Simon, Queens of the Stone Age, The Naked & Famous, The Streets, Lykke Li, Wu Tang Clan, Beyonce and so many more that my eyes are watering looking at the lineup.

Taking place in Barcelona, Sonar will be showcasing famous artists and DJ’s like M.I.A., Underworld, Janelle Monae, Steve Aoki and many more. To add to the already full lineup, there will be some interesting showcases by Ninja Tune, BBC Radio and others.

And one extra…Piknic Electronik – WEEKLY, Montreal and soon Barcelona!

This unique weekly event helps you get the most out Montreal’s summer weather, while enjoying an incomparable view of the city and quality electronic music. They highlight the many talents of both the local and international electronic scenes, featuring classic acts as well as audacious newcomers. The Barcelona version appears to be next on their list of cities!

What music festivals will you be attending this summer? Add yours to the comments.

Download a city guide to get you around during festival season! 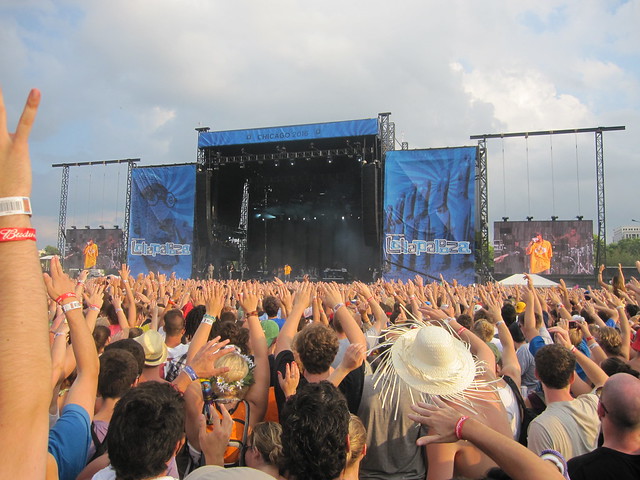 Top 10 Things to See & Do in Amsterdam Destination: London. A Travelers Journey.
Scroll to top
We use cookies to ensure that we give you the best experience on our website. If you continue to use this site we will assume that you are happy with it.OkPrivacy policy