The striking medieval city of Prague offers visitors numerous attractions: castles, towers, museums, a medieval Astronomical Clock, traditional and modern cuisine. But if you’re visiting in May or June, make sure that the Prague Spring International Music Festival is at the top of your list. 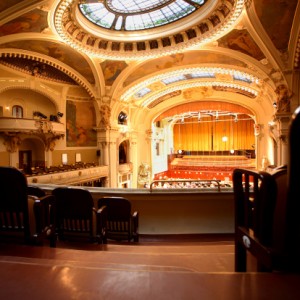 Now in its 67th year, the 2012 festival will be held from May 12 through June 4. It has long been considered one of the most prestigious music festivals in Europe. The celebration has always been an international one, featuring top conductors, composers and musicians from all over the world.

The festival is an evolving creative showcase, offering a mix of chamber orchestras, big bands, soloists and symphonies, while casting a special spotlight on Czech composers.

Concerts are held throughout the city in a variety of venues, such as the 19th century neo-renaissance Rudolfinum, a sumptuous venue by the Vltava River. Other venues include acoustically perfect churches and abbeys, and Prague Castle’s own Italianate concert hall.

Certain traditions are always observed: since 1952 the festival has opened with a series of symphonic poems by Czech composer Bedrich Smetana, “Ma vlast (My Country),” and finished on the last night with Beethoven’s ninth symphony.

The celebration also celebrates special moments in the classical world, hosting performances of works by composers whose pieces have reached a milestone anniversary. Each year, audiences also enjoy the world premieres of contemporary works. 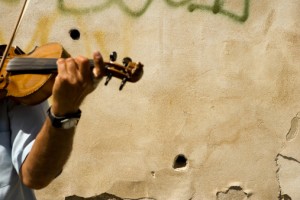 A violinist playing in Prague

The festival, called simply “the Prague Spring,” was founded in 1946 as part of the celebration of the end of World War II and the Nazi occupation that has gripped the city for six long years.

The May 1990 festival was a similar time of celebration, coming seven months after the Velvet Revolution and the end of 40 years of communist rule in the country. The opening concert that year was a moment of joyful renewal of the Czech culture. Czech conductor Rafael Kubelik, also one of the founders of the Prague Spring, returned to his home country to conduct “Ma vlast”, performed under the magnificent Art Nouveau rotunda of the Smetana Hall.

While there, visit Prague Castle as well, and not only for its architectural beauty. Among the paintings by Brueghel and Canaletto and other priceless artwork you’ll find a score of “The Messiah” reorchestrated in Mozart’s hand.

Also preserved are original pages of Beethoven’s Fourth and Fifth symphonies, inscribed with the composer’s own corrections, annotations and signature. You will learn that Prince Joseph Lobkowicz was a leading patron of Beethoven. 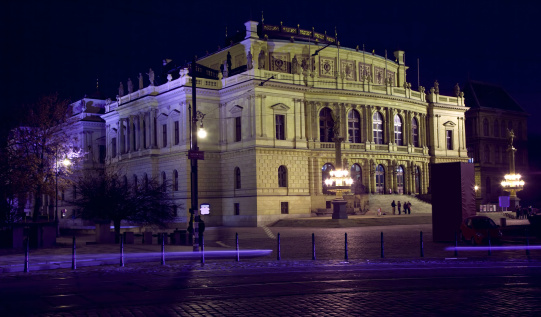 Caroline Ryan is the author of An Old Castle Standing on a Ford: One Yank’s Life in an Almost Peaceful Belfast (Eloquent Books), a cultural narrative about life in Belfast after the Troubles. She writes often about intercultural issues, and currently writes for Pimsleur Approach, a leading seller of audio based language learning software which includes Brazilian Portuguese.

The best things to do for free in Barcelona Don’t just visit Rome, live Rome
Scroll to top