The technology you can see says a lot about the city you’re in. Some of the most significant advancements in technology over the last few decades have drastically altered the way we experience the urban environment. Services like mTrip have revolutionized the tourist literature market – you’ve got interactive, multimedia resources in the palm of your hand, whereas five years ago you’d have had to make do with a guidebook or tourism office.

Each city has something unique to offer the world of technology. Whether it’s a vital tool or just a simple gadget, we’re impressed and have listed them below. So without further ado, here are the top five destinations for the tech tourist.

We had to put Beijing at the top of this list for their approach to traffic jams. They’re currently experimenting with what they call the 3D Express Coach, also known as the ‘straddling bus’. It is effectively a bus on legs, whose body spans two lanes of a road but which lets cars travel beneath it. Supplementary power will come from solar panels on the roof, and it’ll be 90% cheaper to build than a comparable length of subway. Trials have yet to start, but they’re supposed to begin towards the end of 2011.

The government of Tokyo is extremely keen on near-field communications technology – the kind of gadgets that let you and your smartphone ‘check in’ when you arrive somewhere significant. They’ve taken it further in Tokyo though. The aim is to create a Minority Report style city where everything is referenced using NFC, accessible to locals and allowing tourists to ‘see the sites’.

Technology has already played a part in overcoming Tokyo’s navigation problems. The city has many unnamed streets, so in the eighties maps were sent by fax to prospective visitors. Tokyo was responsible (in part) for the proliferation of fax machines, and then later GPS for the same reason.

While Dubai appears to be the epitome of sleek modernity, there have been some stumbling blocks. The internet is highly regulated and very expensive, with the average broadband package costing around $40 a month. What’s more, the government is anxious not to let companies use VPN connections to bypass their own cumbersome internet structure.

Vienna University is at the forefront of 3d printing technology. While the technology isn’t new, Vienna University has produced a small, cheap one – their version weighs about 1.5kg and will probably cost around €1200 ($1,700), making it a viable addition to the manufacturing and healthcare industries. 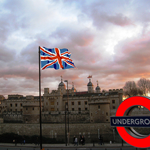 A simple app called Tube Status is a must if you’re going to be in London for any length of time. The ancient and idiosyncratic London Underground (aka the Tube) is prone to failure – this app will warn you before you descend the escalators.

Claire Tucker writes on behalf of Tripbase. When she isn’t travelling, she’s usually planning her next trip.